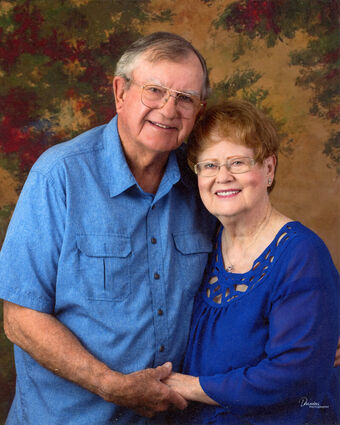 Raymond and Anita Duda of Staunton celebrated their 64th wedding anniversary yesterday. They were married on Sept. 13, 1958, in Riverside California.There was no formal celebration.

Ray returned to Staunton with his new wife from California after his tour in the Marines ended. Anita was not sure what to think at first as there were still hitching posts on Main Street when they arrived; but she grew to love it and considers this home.