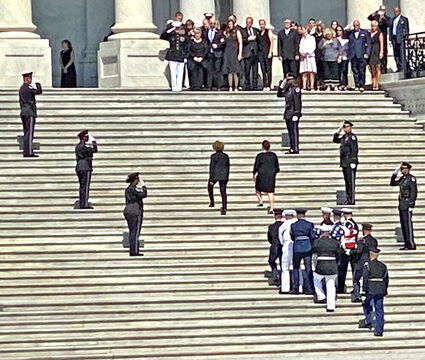 The casket of Herschel "Woody" Williams is carried by honor guard up the U.S. Capitol steps Thursday morning for his honor of lying in state under the Capital Rotunda.

A wreath-laying ceremony was held to honor Williams at the World War II Memorial in the Capitol Mall. Sen. Joe Manchin of West Virginia, a friend of Woody and senator from his home state, gave the tribute.