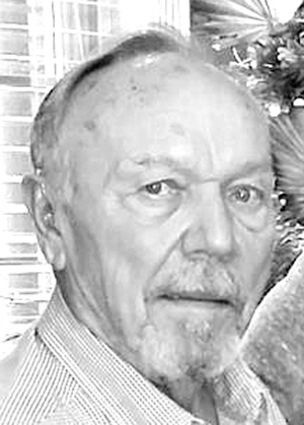 in death on Sept. 14, 2015. Dennis graduated from Dupo High School in 1960. He and his family moved to New Douglas in 1972. He worked as a termi- nal superintendent for Phillips Petroleum and retired in 2000. Dennis spent his time with fam- ily at the Lake of the Ozarks. He was an avid golfer. In his younger days he loved playing traveling ball with the "Sinoviks" team. He loved playing kittenball and softball in New Douglas. He also enjoyed bowling. Dennis was a member of the Fraternal Shiloh Eagles #545 and the New Doug- las Volunteer Fire Department. He served as the New Douglas PTO president. When his wife Carol passed away, he moved to

Dennis is survived by his

A graveside service and inter- ment of cremains will be held at a later date at the New Douglas Cemetery in New Douglas.

Lesicko Funeral Home in Liv- ingston is in charge of arrange- ments. Condolences may be left online at http://www.lesickofuneral home.com.