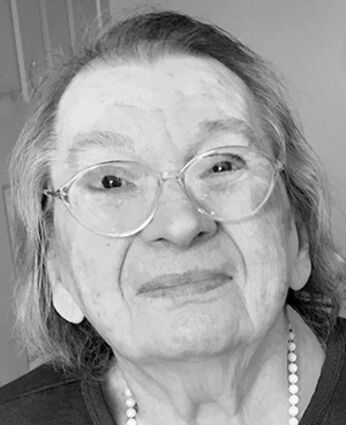 Lucille grew up in Mt. Olive where she attended Immanuel Lutheran Grade School and graduated from Mt. Olive Community High School. She was proficient at math and worked in St. Louis for several years before meeting and marrying Joe. They lived in St. Louis for a short time before moving to Glen Carbon where her father, Charles Franke, a carpenter, had built a home for them. She was a homemaker dedicated to her family yet also active in organizations at Trinity Lutheran School and Church in Edwardsville. She and Joe later attended and were active in St. James Lutheran Church in Glen Carbon. They later moved to Middletown, N.J., to be near family.

A graveside service for immediate family was held at Immanuel Lutheran Church Cemetery in Mt. Olive.

Memorials may be made to St. James Lutheran Church in Glen Carbon. Condolences may be left online at beckerandson.com. Becker and Son Funeral Home in Mt. Olive was in charge of arrangements.