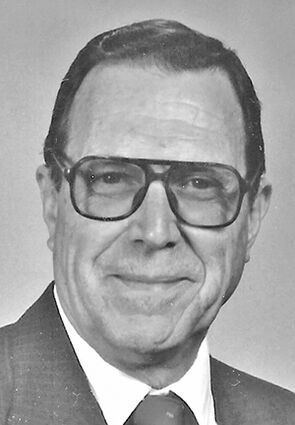 He graduated from Edwardsville High School and then went on to work at Granite City Steel while working on his family farm and serving as a member of the Army Reserves. He served in the U.S. Army during the Korean Conflict during which he was assigned to the Intelligence and Reconnaissance unit. He attained the rank of Sergeant 1st Class by the time of his discharge and returned to Worden, his family, and his future.

Elmer married Marilyn "Mitz" Weishaupt on May 15, 1954, expanding their family with the addition of two sons and two daughters. Elmer retired from Granite City Steel as the Manager of Maintenance Planning and Scheduling and continued to help manage the family farm until after his mother's death and the farm was eventually sold.

Elmer spent most of his life in service to his community holding numerous elective and appointive offices during his long life. He was actively involved and often served in leadership roles for many organizations including Mayor of Worden, the Worden Village Board, American Legion, Worden Fire Department, Worden Fire District, Madison County 911 Board, Lions Club, Worden Board of Education, and Sportsman's Club. He was a life-long member of Trinity Lutheran Church where he served in many leadership and other support positions over the course of his life. He considered Trinity Lutheran Church to be a legacy that demanded attendance, participation, and support from the very beginning (baptism) until the final day (death).

He worked tirelessly to make the lives of the people he loved better. He was very proud to have been a part of bringing a safe water supply, sanitary sewer system and paved roads to his hometown. He was also instrumental in the formation of the Worden Fire Protection District. This allowed for the establishment of an Ambulance District and made Worden eligible for grants that he secured to build a new firehouse and purchase new fire trucks and updated equipment to meet required safety standards. It was through contacts he made while securing these grants that he was asked to serve for 12 years on a board to bring the Madison County 911 system into existence.

The family would like to thank the caring staff at Meridian Village for providing Elmer with such loving care and attention during his time there. He held you all in his heart as good friends and was very happy to have called Meridian his home for the past eight-plus years.