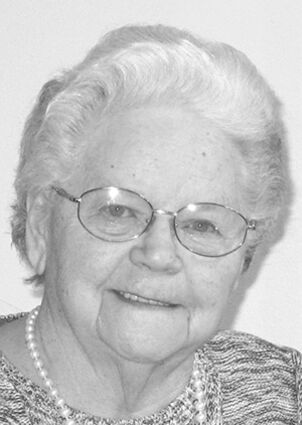 She worked as a bookkeeper for S&L McKay Auto Parts in Staunton for many years. She was a member of St. Paul United Church of Christ in Staunton and a member of the Women's Fellowship of the church.

She is survived by one son, Kevin (Sheri) Banovic of Staunton; one daughter, Darla (Darik) Jones of Worden; and two grandchildren, Elyse Podwojski and Jennifer Banovic. Several nieces and nephews also survive. Besides her parents, she was preceded in death by five brothers, Charles, Bill, James Jr., Kenneth, and Edward Lowry.

Friends may call from 10 to 11 a.m. on Wednesday, June 8, at St. Paul United Church of Christ in Staunton. Funeral services will follow at 11 a.m. at the church with Pastor Debbie Jo Atkins officiating. Burial will be held at Memorial Park Cemetery in Staunton.

Memorials are suggested to St. Paul United Church of Christ Organ Restoration Fund. Online condolences may be left at http://www.williamsonfh.com. Williamson Funeral Home in Staunton is in charge of arrangements.