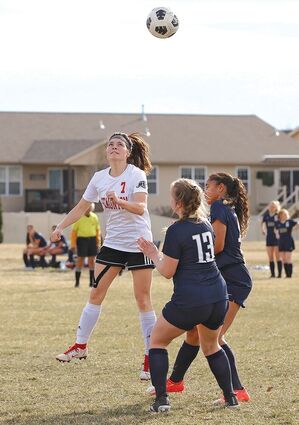 The Staunton High School Girls soccer season kicked off with a tie against Maryville Christian.

Last season's leading goal scorer and now senior captain, Lily Bruhn, started the season off well scoring two goals; one goal was off an assist by Lexi Hester and the other was on a PK. Senior captain, Jackie Vercoglio, helped anchor the defense along with sophomores Ali Fritz, Presley Rantanen, and Jessica Futrell. Junior Valeria Cazares got her first start in goal and helped the team avoid a loss by making several saves. Captain Brooke Kinder played very well making a number of good passes an...