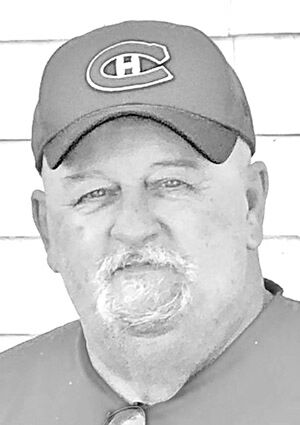 Mike was a graduate of Mt. Olive High School, Class of 1972. After graduation Mike joined the U.S. Navy. He served in the Navy from 1972 to 1974. Mike's first duty station was in Adak, Alaska, for one year. He served as a Quartermaster on board the USS Ogden - LPD-5 in San Diego, Calif., transporting U.S. Marines to Vietnam in 1974. He served in the U.S. Naval Reserve for four years. He was a member of VFW Post 5790. Mike worked various jobs upon his return to Mt. Olive from the Navy. He managed the gas station off of Staunton Road for John Henschen for a number of years, before becoming a mail transporter for Young Transporting and then working at the Walshville elevator for Dave and Mary Eilert. Mike was an avid sportsman who enjoyed all kinds of hunting. He also enjoyed his household animal kingdom of cats, dogs, and tropical birds. Mike enjoyed watching or attending his beloved baseball St. Louis Cardinal games and watching the football Arizona Cardinals.

Family is concerned with the COVID virus, so there will not be a memorial at this time. Family graveside services and a gathering of family and friends will be scheduled at a later date.

Becker and Son Funeral Home is in charge of arrangements. Condolences may be left online at beckerandson.com.