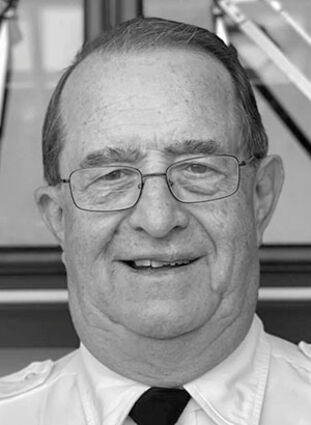 William "Bill" Knop, 77, of Staunton, Ill., passed away on Thursday, Nov. 4, 2021, at Anderson Hospital in Maryville. He was born in Litchfield on Aug. 4, 1944, the son of the late John and Viola (Toeningsmeier) Knop. He married the former Kay Bradley on April 3, 1964, at Zion Lutheran Church in Staunton, and she survives.

Bill graduated from Staunton High School with the Class of 1962. After graduation, he went to work at L.E. Sauer Machine Shop in St. Louis, Mo., as an operating milling and lathes worker. He also worked at Progressive Groceries (P.G.) Warehouse in Staunton as a bookkeeper; Colonial Baking Co. of Alton for 13 years as a bread truck delivery driver; Owens Illinois/Nekossa Packaging Co. of Mt. Olive for nine years – holding an operators classification on machines. He later worked for National Refractories as a sales representative, then he went on to being a self-employed sales rep for Refractories until his retirement in 2017.

Bill worked as a volunteer EMT when Staunton Area Ambulance Service began for three years. He joined the Staunton Fire Department as a volunteer firefighter on June 1, 1966. He was treasurer of SVFD from 1969 to 1972, promoted to Captain from 1972 to 1974, Assistant Fire Chief from 1975 to 1993. He was an active firefighter until 1994. In 1978 a fire district was formed and Bill was the only Fire District President from 1978 to 2021 (43 years). His dedication for the Staunton Fire Department and his love and respect for his fellow firefighters was one of his biggest achievements.

He loved being at his Mississippi River house in Hamburg in Calhoun County for his enjoyment of fishing, boating, and being with his river friends and his family. Bill and Kay enjoyed many years of travel after retirement, but their favorite place was Somaphore, S. Australia, with their Aussi family.

Survivors include his wife, Kay Knop of Staunton; his son, John (Jane) Knop of Adalaide, S. Austrialia; five grandchildren, Randy Blair, Sarah Knop (Kami), Madison and Jordan Knop, Ashlynn Razmus; and special in his heart, Bristyn and Daisy Razmus; sister, Caroline "Carrie" Meiers of Las Vegas, Nev .; brother, Richard Knop of Las Vegas; and many nieces and nephews. Besides his parents, he was preceded in death by a daughter, Dana (Knop) Blair; a son, Steve Knop; and a nephew (son of his sister,Caroline Meiers).

A Celebration of Life will be held at a later date. Memorials are suggested to either Zion Lutheran Church of Staunton, Staunton Fire Department, or the Staunton Education Foundation.

Williamson Funeral Home, Staunton, is in charge of arrangements. Condolences may be left online at http://www.williamsonfh.com.