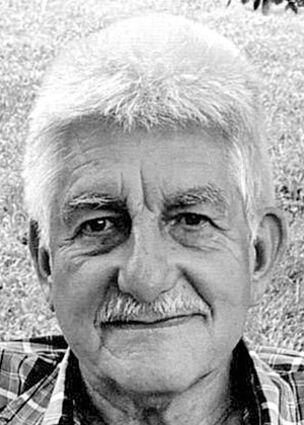 John Harold Klekamp, 76, a well-known area resident of rural Litchfield died Jan. 19, 2023, at Elevate Care Chicago North in Chicago due to a fall resulting in a traumatic brain injury. John was born July 21, 1946, a son of the late Harold and Helen (Lueneman) Klekamp. John was baptized in St. John's Lutheran Church in Litchfield. He attended Immanuel Lutheran School and was confirmed there. He was a 1964 graduate of Mt. Olive High School and excelled in track earning letters all four years. After graduation John worked at the WYKOMI Plant in Litchfield. He enlisted in the Army in 1966 and served in Korea and Germany. After military life, John worked on the Gulf Interstate Pipeline. Afterwards, he worked for the Allis-Chalmers Company in Springfield as a machinist until it was sold to Fiat-Allis which eventually relocated in Japan. He then worked for Mayfield Produce and Landscape Company in Staunton until he retired. John was always willing to lend a helping hand. He loved visiting with family and friends, and enjoyed spending time with his cat, Mama. John was an expert antique appraiser and enjoyed auctions and yard sales, especially the Picker's Market in Litchfield. He was always on the look out to find an item someone was searching for. He loved animals and wildlife and especially enjoyed feeding the ducks at Walton Park. He also enjoyed metal detecting, gardening, and supporting community events. John was a member of the VFW and also a member of Immanuel Lutheran Church in Mt. Olive.

John is survived by sisters: Marian (Larry) Mayfield of Staunton, Jane (Joe) Taylor of Litchfield, and Carol (Larry) Frailey of Benld; special cousin, Brenda (Ed) Lubrandt; and many nieces, nephews, great-nieces and great-nephews; and cousins, friends, and neighbors. He was preceded in death by his parents and a niece, Nancy Mayfield Holtorf.

Visitation will be at Becker and Son Funeral Home in Mt. Olive, on Thursday, Jan. 26, from 5 to 8 p.m. and on Friday, Jan. 27, from 11-12 p.m. at Immanuel Lutheran Church. Service will begin at noon officiated by Pastor James Ritter. Burial will be in Mt. Olive City Cemetery.

Memorials are suggested to the Mt. Olive VFW or Immanuel Lutheran Church. Condolences may be left online at beckerandson.com. Becker and Son Funeral Home is in charge of arrangements.