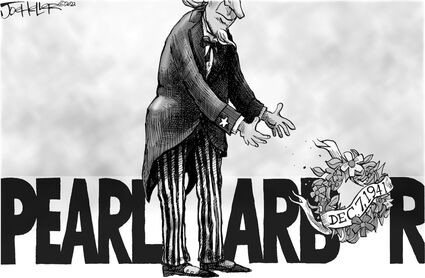 It is known as "the day that will live in infamy." Like the rest of the nation, the people of Illinois felt its scars.

Wednesday, Dec. 7, marks the anniversary of Pearl Harbor, which left 2,403 Americans dead. Among them were dozens of Illinoisans, including George Francis Clark, 20, of Paris, who was lost on the USS Arizona.

The fifth of eight children, Clark attended the local high school but never graduated. He enlisted in the U.S. Navy at St. Louis on Jan....