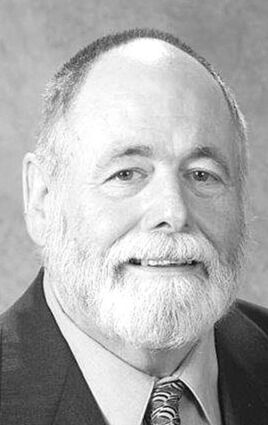 Richard Joseph Gausepohl, 79, of Staunton, Ill., passed away Saturday, July 30, at Heritage Health in Staunton surrounded by his family. He was born on Feb. 2, 1943, in Decatur at St. Mary's Hospital. At the age of 6 months, Rich was adopted from the Alton Catholic Children's Home by Alfred and Ida Gausepohl of Staunton.

Rich was a life-long member of St. Michael's Catholic Church in Staunton. He received his elementary education at St. Michael's Catholic School in Staunton and graduated from Staunton High School Class of 1961. He went on to attend Southern Illinois University Edwardsville for two years and graduated from Worsham School of Mortuary Sciences in Chicago.

After working jobs in sales at Valley Steel and Earl Russell Steel (both located in Carlinville) and working for R.P. Lumber for several years, in 1986 Rich settled into his long-time career as a salesman for Aladdin Steel in Gillespie. He was very well liked by all his co-workers and developed a number of long-standing personal relationships that exceeded his retirement in 2019. Anyone who covered for Rich while he was out knew he also developed the same bond with his customers. To this day, many of his previous customers will ask "How is Rich doing?" when they call in to the office. Rich had a unique way of "connecting" with people and it was apparent through feedback from those he worked with and for.

In his earlier years Rich enjoyed fishing, target shooting, and bowling. He was an affecianado of classic cars and he could easily recall the make, model, and engine of any automobile pre-1970 on sight. He always enjoyed the time he could spend with his friends and loved ones. His family was by far the most important aspect of his life. Rich was an extremely generous person. His smile and laugh were infectious, and for those that spent any time with him knew his joy was genuine. He was by the very definition "a friend to all" and will be dearly missed by his friends and family.

Funeral services are to be held at St. Michael's Catholic Church on Thursday, Aug. 11, 2022, at 11 a.m., with visitation one hour prior to Mass from 10 to 11 a.m. Burial will take place immediately following at Memorial Park Cemetery in Staunton. A luncheon will be held.

At Rich's request, memorials may be directed to Mass offerings for himself at St. Michael's Catholic Church in Staunton or to St. Jude's Children's Hospital.

Williamson Funeral Home, Staunton, is in charge of arrangements. Condolences may be left online at http://www.williamsonfh.com.