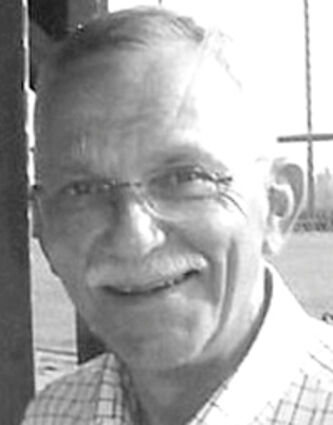 Terry graduated from Staunton High School in 1966 and then attended SIUE. Until 1969, Terry lived and worked in St. Louis teaching private piano lessons and playing piano at bar mitzvahs, weddings and funerals. Terry served in the U.S. Army from 1969 to 1971, stationed at Ft. Belvoir, Va., and played clarinet in the 75th U.S. Army Band. He also played in a local area band and taught piano lessons. It was during this time that he met Eleanor Phipps. He and Eleanor were married Aug. 16, 1970, in Baltimore, Md. Following his honorable discharge from the U.S. Army, he and Eleanor worked together in a show band that traveled through many parts of the U.S. In 1974, they settled in Deerfield. During the 24 years that they lived in Deerfield, Terry's exceptional carpentry skills kept him busy as a sought-after finish carpenter. He continued to teach piano lessons, and he and Eleanor continued to play in a show band as often as possible. In 1998, Terry and Eleanor moved back to Staunton, where Terry built their self-designed home. Terry continued his carpentry work and music career after the move back to Staunton. Terry's innate piano skills allowed him to substitute in many area bands, including Men in Heat. Terry also served as organist at several area churches, including the First United Methodist Church in Staunton. Terry was a member of the Tri-County Musicians' Union, Local No. 88. Terry cherished his time with his family and friends, especially if that time included making music and he always completed the Sunday crossword puzzles. One of Terry's greatest pleasures was working with the directors and students in the choral department at Staunton Community Unit School District. He served as accompanist at many choral concerts as well as solo contests.

Terry is survived by his wife, Eleanor; sister, Tami Biggerstaff of Urbandale, Iowa; sister-in-law, Thelma Phipps of Deerfield; nieces, Tara Elkin and Marissa Brown of Des Moines, Iowa, and their families; life-long friends and cousins, Eugene Roehl of Troy, and his family; Nancy Goldasich of Staunton and her family; several more cousins; friends and godchildren. He was preceded in death by his parents; and his brother-in-law, James Biggerstaff.

Graveside services and a celebration of Terry's life will be held at a later date. Interment will be at Memorial Park Cemetery in Staunton.