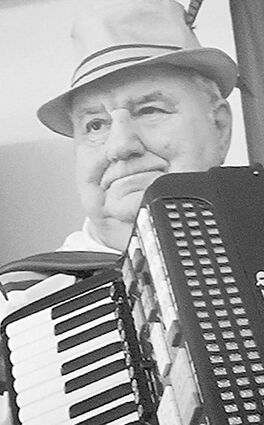 He attended the United Church of God in St. Jacob, where he served as a church deacon. Doyle was a 45-year member of the Operating Engineer’s Local 520 in Granite City. He was a part-time musician who played accordion and he was a former member of the Musicians Union of Benld. For 20 years Doyle enjoyed playing his accordion at jam sessions when he and Jo Ann stayed in Texas. He liked fishing, especially while in Texas. He looked forward to Tuesday night poker with his high school buddies. Doyle loved his garden, taking good care of his lawn and mowing grass.

A public graveside service and interment of Doyle’s cremains and the cremains of his son, David, will be held on Friday, Aug. 26, at 1:30 p.m. at New Douglas Cemetery. A public celebration of life will immediately follow his interment from 2:30 to 7 p.m. at the Staunton Sportsman Club located at 20145 Sportsman Club Lane in Staunton.

Lesicko Funeral Home in Livingston is in charge of arrangements. Condolences may be left online at http://www.lesickofuneral home.com.