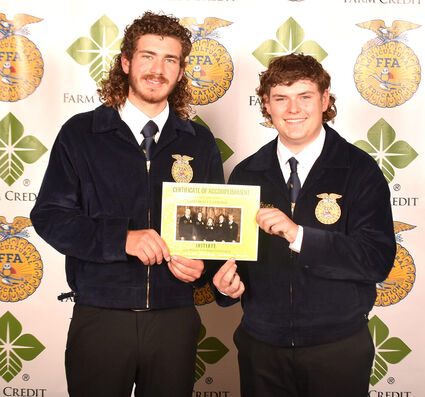 Members of the Staunton FFA chapter attended the 94th annual Illinois State FFA Convention June 14-16 along with more than 5,000 other FFA members, advisors, and guests. With a 2022 theme of "Initiate," the three-day event annually recognizes achievements of Illinois FFA members, elects the major state officer team, and celebrates agriculture.

During the convention, the following awards were presented to the Staunton FFA chapter.

Top 5 Section Reporter: Riley Kessler was recognized as one of the top four outstanding section reporters in the state for exemplary dedication and diligence in communicating with chapters and the media throughout the section. The award is sponsored by Illinois Agri-News.

Kessler was installed as 2022-2023 president of Illinois FFA's Section 15. The 25 newly installed Section presidents are members of the 2022-2023 Illinois state officer team.

The chapter was recognized for making a gift of $1,000 to the Illinois Foundation FFA. Gifts of at least $1,000 during the annual fundraising campaign earn Foundation One Star Sponsor status. 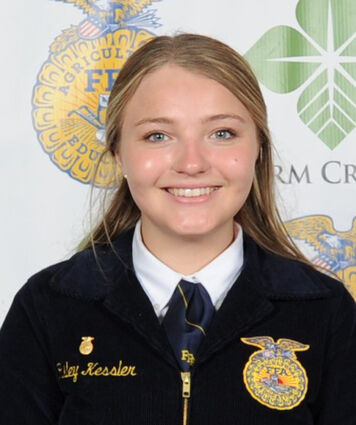 Brianna Cruz (see front-page story) was recognized for winning the state Creed Speaking LDE for Greenhand FFA members. Participants present the FFA Creed from memory and answer questions about its meaning and purpose. The event boosts students' self-confidence and develops their abilities to communicate in a powerful, professional manner.

The convention spotlighted the Association's annual service project, which provided $250 scholarships to 20 FFA chapters planting trees throughout the state.

Students at the convention were greeted with activities including a career fair featuring colleges and agribusinesses and an opportunity to engage in the history of Illinois' capital city. The sessions featured addresses by National FFA Western Region Vice President Josiah Cruikshank of Oregon and from each of the retiring major state officers.