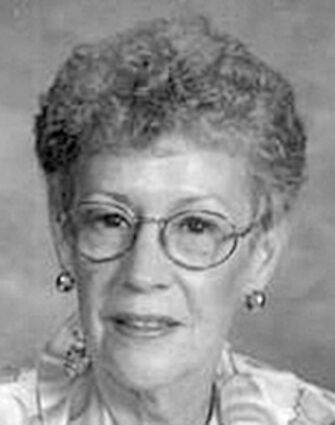 In her early years of employment, Donna worked as an airline stewardess with Capital Airlines. She had also previously worked for three years as an aircraft mechanic for McDonnell-Douglas Aircraft in St. Louis, Mo.; and had worked for 20 years as a waitress for area restaurants, such as The Gardens in Litchfield and Nickerson Farms in Mt. Olive. Donna was a member of Immanuel Lutheran Church in New Douglas. She was also a member of the church Quilting Guild. Donna was a member of both the New Douglas and Staunton Senior Citizens. She was a volunteer at the Foster Grandparents with the Head Start Program in Benld. Donna was also an avid St. Louis Cardinals baseball fan.

Memorials may be made to Immanuel Lutheran Church in New Douglas. Condolences may be left online at lesickofuneralhome.com. Lesicko Funeral Home in Livingston was in charge of arrangements.