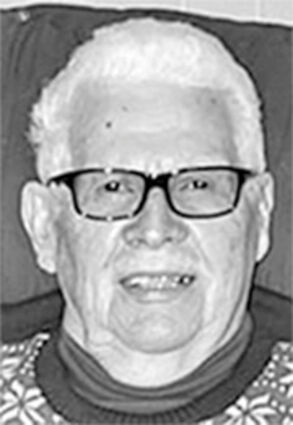 He attended Mt. Olive schools, graduating in 1960. His working years were spent at Hano Business Forms in Mt. Olive. He was devoted to his family, his faith, his friends, and his community. John loved gardening, pickling peppers, the Cubs and Bears, polka music and spending time with his Mt. Olive "Bos" (friends). He celebrated the community of Mt. Olive, active for many years in the town's annual homecoming and centennial celebrations, and served as a volunteer fireman for many years. He was a member of the St. John Paul II Catholic Church and the Knights of Columbus.

He is survived by his wife of 42 years, Barbara; two daughters, Cheryl (Neil) Price of Carlinville and Carla (Mike) Chandler of Athens; two brothers, Jim (Joyce) Thomas of Mt. Olive and Mike (Frostie) Thomas of Herscher; a sister, Sister Joanne Thomas of Milwaukee; grandchildren Erik (Kathleen) Price of Rushville, Kellen Price (fiancé Emily Koster) of Chatham, Ainsley Chandler and Jared Chandler of Athens; a great-grandson; and numerous nieces, nephews and great-nieces and great-nephews. He was preceded in death by his parents; brothers, Laverne "Bo" Thomas, Don Thomas, and John Jr. in infancy.

Memorials may be made to the Mt. Olive Care Center and Mt. Olive Fire Department. Becker & Son Funeral Home in Mt. Olive was in charge of arrangements.