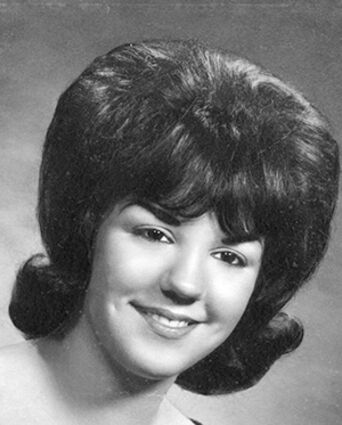 Sharon Diesselhorst, of Litchfield, Ill., formerly of Alhambra, died Thursday, Nov. 11, in HSHS St. John's Hospital in Springfield following a brave battle with pneumonia. She was 77.

Sharon was born April 28, 1944, to Raymond and Evelyn McRill in Detroit, Mich. She attended Roseville (Mich.) High School before moving with her family to Staunton in 1962.

She worked as a waitress at the former Hi Cafe on Old Route 66 before marrying Kenneth Diesselhorst of Alhambra, where the couple settled and raised two sons. She was also co-owner of the former Kiddie Korner daycare in Staunton.

Later, as a widow, she moved to the Evergreen Place Supported Living facility in Litchfield, which she called home and enjoyed an independent lifestyle until her latest illness. She was popular among the fellow residents and staff at Evergreen Place.

Sharon enjoyed crafting, crocheting and reading mystery novels. As well as being a loyal and proud "baseball mom" for her boys, she remained a diehard St. Louis Cardinals fan all her life.

She was devoted to her boys, grandchildren and great-grandson, whose visits were unfortunately curtailed due to the pandemic.

She was predeceased by her parents, her husband, Ken, and brother, Richard. She is survived by her sons, Kenneth and Keith; grandchildren, Dillon, Jessica, Alyssa and Dane; great-grandson Riley; sister, Sue Bruhn (Wayne deceased); sisters-in-law, Dorothy McRill, Carol Gibbons (Jim) and Dianne (Don) Price, Jenny Diesselhorst; brother-in-law, David (Sheila) Diesselhorst and many nieces and nephews who fondly called her "Auntie."

A funeral Mass will be held at 10 a.m. on Friday, Nov. 19, at Sacred Heart Catholic Church in Livingston. Family will greet visitors at the church prior to the service.

Sharon's final resting place will be alongside her husband at Salem Cemetery in Alhambra.